10 Amazing Residential Areas In Kathmandu Where You Will Enjoy Living

Kathmandu is the capital of Nepal which has more historic, artistic, cultural, and economic value than other areas. Talking about residential areas of Kathmandu, due to more facilities, many people want to settle in Kathmandu, but dense population and pollution are the main problems of this area. Meanwhile, due to more facilities and opportunities, people want to live here.

If you are wondering about the best residential areas in Kathmandu, here are some places:

The government had developed a well-managed settlement in Bhainsepati by acquiring public land. Due to this reason, people are fascinated by Bhansepati and Sainbu areas now. Moreover, the most attractive residential areas in the valley are Bhansepati and Sainbu. The main reason for the increase in the attraction of this place was the housing development.

After the arrival of big leaders, high-ranking government officials, and businessmen, Bhansepati has been the main point for residential purposes. Actually, the planning here also started during the Panchayat period and was completed after the arrival of the multi-party system. Systematic planning changed the way we look at the whole area.

There is Shivpuri National Park and Budhanilkantha Temple Nearby. Budhanilkantha School is one of the best in the country. The road from Maharajgunj Chowk to Budhanilkantha is wide. Gangalal, Neuro, Teaching, and Children’s Hospitals are in operation nearby. As the Budhanilkantha area is becoming more expensive and filling up, the settlement is slowly spreading towards Tokha. Nearby Mandikhatar and Hattigounda have also become attractive settlements for people. The corridor between Budhanilkantha and Tokha is developing at a faster rate. Evidently, Settlement is developing rapidly in this area. Moreover, a good drinking water facility is a major attracting factor in this area because mostly the rest of the places is going through scarcity of drinking water.

During the Panchayat period, the Kuleshwor area became an attractive settlement after the then government made service-oriented fences and sold them to the employees. After the development of a well-organized settlement, businessmen, professors, leaders, and others started buying houses here and building houses. Now there is a dense settlement in Kuleshwor.

This area is also a well-organized housing area but not like Kuleshwor. The government had sold the plot not only to the employees but also to the general public. As the attraction of people in the well-managed housing project increased, the demand for houses in the vicinity also started increasing. And, the entire Golfutar area became an attractive residential area. It is not because of the big facilities that the housing scheme has developed the settlement.

Baluwatar is not a place with planned development. However, Baluwatar and Maharajgunj have become attractive residential areas after the residence of the Prime Minister, the headquarters of Nepal Rastra Bank, the nearby Rajdarbar Narayanhiti, the residence of high-ranking staff, a large hospital, the police headquarters, and embassies of different countries. Apart from the locals, other people are living here. Now, a small amount of money is not enough to buy a house here. Foreign staff working in foreign diplomatic missions are also residing in this area. Even without systematic development in this area, many facilities are available. After becoming the center of power of the country, the people have also come to believe that development will definitely take place in Baluwatar and Maharajgunj.

Lately, housing has been increasing in Imadol as well. The attraction of people has also increased in Imadol as the transport facilities and the price of land are also relatively cheaper than in other areas. This area is mostly inhabited by middle-class and lower-middle-class families. But in the future, this area has the potential to be an attractive residential area.

This place has become an attractive residential area as it is home to great leaders and staff. CPN (Maoist) Chairman and Prime Minister KP Sharma Oli have already been living in Balkot. In this place, the private sector has developed a well-organized housing project. Balkot is connected to Kaushaltar Main Road. This place has not become an attraction as it is a service facility or a development project, the road will be paved after the leaders and employees stay, water and electricity will also reach the people. There has not been much development here. Now the settlement has spread to Sirutar through Kaushaltar and Balkot.

This is also a settlement developed by systematic planning during the Panchayat period. Although the Panchayat government made a systematic plan, the construction was completed only after the arrival of the multi-party system. After becoming a well-organized residential area, Dallu became an attractive area for many.

Sanepa and Jamsikhel areas are the main residential areas of Lalitpur It is also home to foreign diplomats. Chosen by wealthy families, it is one of the most attractive residential areas within the Ring Road. The low-income earners have been unable to buy the land due to rising prices. At present, Sanepa and Jamsikhel areas are becoming hubs of restaurants. The headquarter of the Chaudary group is in this area. Moreover, there is the Labim Mall in Pulchowk. In addition, there are large and well-organized apartments in this area. British School, Idol Model School, St. Mary’s School, St. Xavier’s School, Dave School, and other good schools of the valley are also located in this place, so it has become a premium residential area.

Ichangu Town Planning is the main reason behind the Ranibaan area’s development. Being close to the ring road, there was easy access to traffic. Moreover, there is a medical college nearby. The bus park is also nearby. There is a dense forest nearby where we can enjoy the fresh air. Kathmandu is a new settlement as it is full of people from outside. This is where most of the staff live. This place is the choice of middle-class traders. Despite the water shortage in Kathmandu, water is still available in the area.

These were 10 amazing residential areas in Kathmandu where you will enjoy living. Hope this article was informative for you. If you’re about to buy, sell, or rent any real estate property you can always visit Basobaas.com. Benefits of Having Good Ventilation 5 Awesome Reasons To Live In Apartments 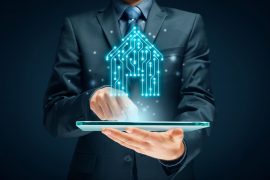 The 5 Most Important Technologies in Real Estate business 2020