Impact of Covid-19 in the Remittance Sector of Nepal

One of the most important aspects of Nepal’s economy is remittance. Nepal received remittances amounting to $5.19 billion as of the first eight months of the current fiscal year 2019-20. The migrant workers sent home $8.64 billion in 2019. This makes the country one of the biggest beneficiaries of remittance in the world. Remittance has been a major chunk of Nepal’s foreign currency earning sources. It contributes to around 6 billion US dollars of the annual budget. The gross foreign exchange reserve reached 6.7 billion US dollars in 2014. However, the global pandemic has affected both the social and economic conditions of the nations. The flow of foreign remittance has been one of the major concerns with the rising cases of coronavirus in Nepal as well as globally.

According to the World Bank, the remittances sent by migrant workers are projected to decline by 14% by 2021 compared to 2019. The total remittance inflow was USD 8.25 billion in 2019. However, the World Bank estimates that there would be a drop of 858 million dollars leaving only 7.39 billion dollars in 2020. It also states that the number of international migrants is expected to decline. Various nations have restricted immigration and emigration due to the pandemic.

Migrant workers are in vulnerable conditions. As the country restricted international flights, these workers are stranded in the host countries. They can neither return to their homeland nor live in the host nation. To go to a foreign land, these workers have sold their ancestral land and lend some loans. However, the pandemic is affecting these foreign countries severely too. They have fewer employment opportunities and oil prices have decreased. There is the depreciation of the currencies of destination countries against the US dollar. Due to this, they are unable to work properly and send money home.

According to the CBS report, remittance and migration driven economy had reduced poverty in Nepal. From 42 percent in 1996, poverty reduced to 25.16 percent in 2012. This had made a direct impact on the nation’s GDP. This also helped to reduce poverty and increase household income and capital formation. However, migrant workers seem to lose their job. They are forced to return to their homeland empty-handed. This can cause further problems like unemployment leading to poverty.

There have been various concerns regarding the covid-19 affecting Nepal’s economy. The major economic activities including tourism, trade, and remittances have been equally affected. Nevertheless, Nepal’s foreign remittances are going strong. According to Nepal Rastra Bank, the remittances received between mid-July and mid-September increased by 8.1% to NPR 165.73 billion in 2020. There was a decrease of 0.6% in the same period in 2019.

The global pandemic has set the whole world in lockdown where people are suffering a lot. Let’s hope that the world will soon get a cure and be free from this devilish virus.

Hope this article on “Impact of COVID-19 in Remittance” was informative for you. If you’re about to buy, sell, or rent any real estate property you can always visit Basobaas.com. 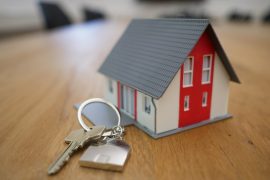