Rental Tax: Where, Who and How Much To Pay?

Home rental tax has become a headache for many in recent days. As the country moves to a three-tier structure, the local government has started taking the house rental tax as the source of income. This has intensified the collection of house rental tax. Before there was no proper rules and regulation for collecting the rent and using it as an income. However, with the formation and implementation of the local government, the right to collect the tax has been given to the local level. Also, due to lack of proper information, many people have been forced to pay fines as well. Therefore, here is some basic information on home rental tax.

What is Rental Tax?

When a person or organization rents out its building, house, shop, garage, workshop, warehouse, tent, shed or land in whole or in part, it has to pay a certain amount of tax to the local or federal government. It is rental tax.

Currently, Kathmandu Metropolitan City collects 10 percent rental tax. Other 753 local levels across the country has been collecting the tax varying from 10 percent to 17 percent.

Who Should Pay Rental Tax?

Local Body or Revenue Office, Where to Pay?

Before 2074, the householder had to go to the nearest taxpayer service office and pay the tax. However, with the introduction of federalism, the constitution gives the local level the sole right to collect housing tax. Therefore, you have to submit it to the concerned ward offices.

Individuals and organizations renting any property can go to their ward office and pay the tax. You can even pay the tax online in some local levels, including Kathmandu. However, make sure to set up the taxpayer’s database first.

There is confusion between the local level and the federal government as to who will collect the institutional rental tax. As the constitution gives the right to collect the tax to the local level, they are the one collecting the tax. The local level has also asked the required authority to clear this issue in next year’s Economic Act.

If a house or land owned by an organization or company is rented, the income tax on that rent is to be paid to the federal government. You can pay such tax in the Taxpayer Service Office under the Inland Revenue Office. Also, the tax rate tends to be 10 percent.

When To Pay Rental Tax? How Much Is The Penalty For Late Payment?

Is The Amount Paid for Tax, Deductible In Income Tax?

How Is The Rental Tax Determined?

The tax is determined on the basis of the rental agreement between the two parties. If the amount declared by the householder seems unrealistic, the concerned authority checks it. And the higher the amount, the more tax is levied.

Hope you like the article on rental tax. If you are about to sell, buy or rent any real estate, you can always visit basobaas.com. What is Mobile Device Management System (MDMS) in Nepal? Facts About GCR, FAR and Height of House 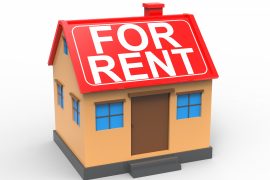 Things To Consider While Renting House Things to Remember While Making a Blueprint of the House